First film seen at cinema: The Empire Strikes Back – Left half way through on grounds of being too freaked out by flashing lights.

First film seen at cinema which you didn’t leave halfway through: Annie.

First concert: The Kids From Fame at the NEC, Birmingham.

First show: Joseph and the Amazing Technicolour Dreamboat at The Haymarket Theatre, Leicester.

Favourite owl: Eagle Owl, but recently I saw some Burrowing Owls which stole my heart.

Favourite Aspect of Job: People. Whether it’s the relationship with clients or if it’s a portrait session then my subject, I just like people.

Most unusual job I’ve ever done: One of my favourite jobs was going out on a rather hectic lifeboat around an abandoned pier to photograph various aspects of it for the developers. Of course, cameras and lenses don’t really mix with a fast moving lifeboat (complete with a rough sea), but I got away with it and loved it.

Favourite Photo: I love this photo by Henri Cartier Bresson which shows a cyclist at the bottom of a stairwell – it has everything. The composition is rock solid, it has foreground interest with the angled stairwell leading us down the steps, it has a beautiful curve in the road and pavement which is then added to by the perfect timing of the cyclist speeding by with motion blur. The walls and road are all so textured it’s a riot of information, I wouldn’t change a thing. 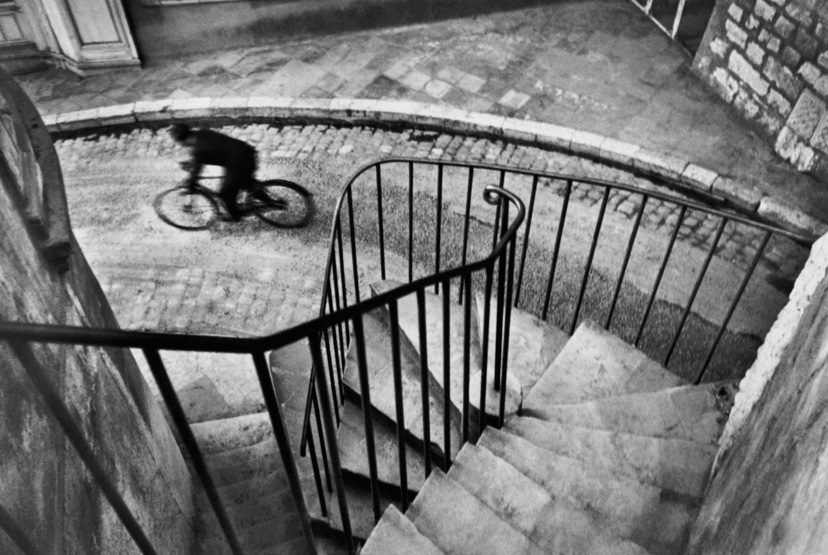 Favourite Painting: I’m not an art critic, but I know why I like this painting, and when talking about composition there is no real difference between a painting and a photo, for me. Above all, I just love the feel of this painting, the time and the place which it comes from is a world away from me and my life. Technically it works very well because you can see that it is roughly broken down into thirds in both directions. The distant factory billowing out smoke and the boy’s leg gives us thirds on the vertical, and the same boy and shadow coming from the hat/clothes gives us our horizontal thirds. This framework then gives us a calm, serene scene which holds the magic Seurat consistently put into his paintings. Not only my favourite painting, but also my favourite artist.