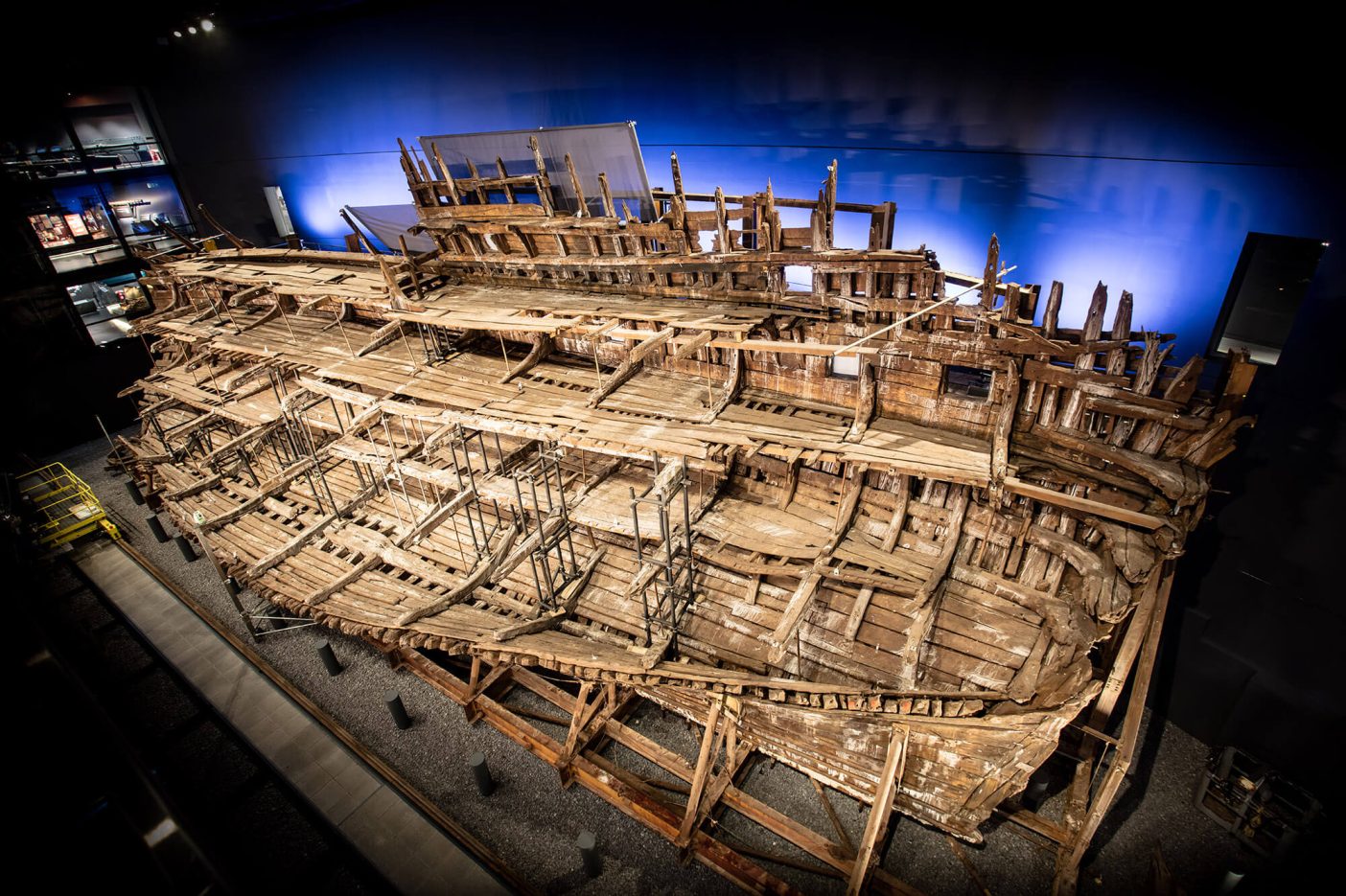 In 1979 excavation work began on bringing to the surface King Henry VIII’s 16th-century Tudor warship The Mary Rose, which sank into the depths of The Solent more than 450 years ago. We are now able to visit and enjoy the ship and its contents which have been lovingly restored, reconstructed and housed in this breathtaking museum located in Portsmouth.

I was sent to the Mary Rose to carry out a Behind The Scenes set of photos for Candis Magazine. You might have seen my recent set of images for Candis from Trill Farm in Axminster, well this brief couldn’t have been much more different.

We spent the day visiting the various parts of the museum, here we see some of the items which were found on the ship, as well as the skeleton of the ship’s dog – named Hatch due to the location of where the skeleton was found. 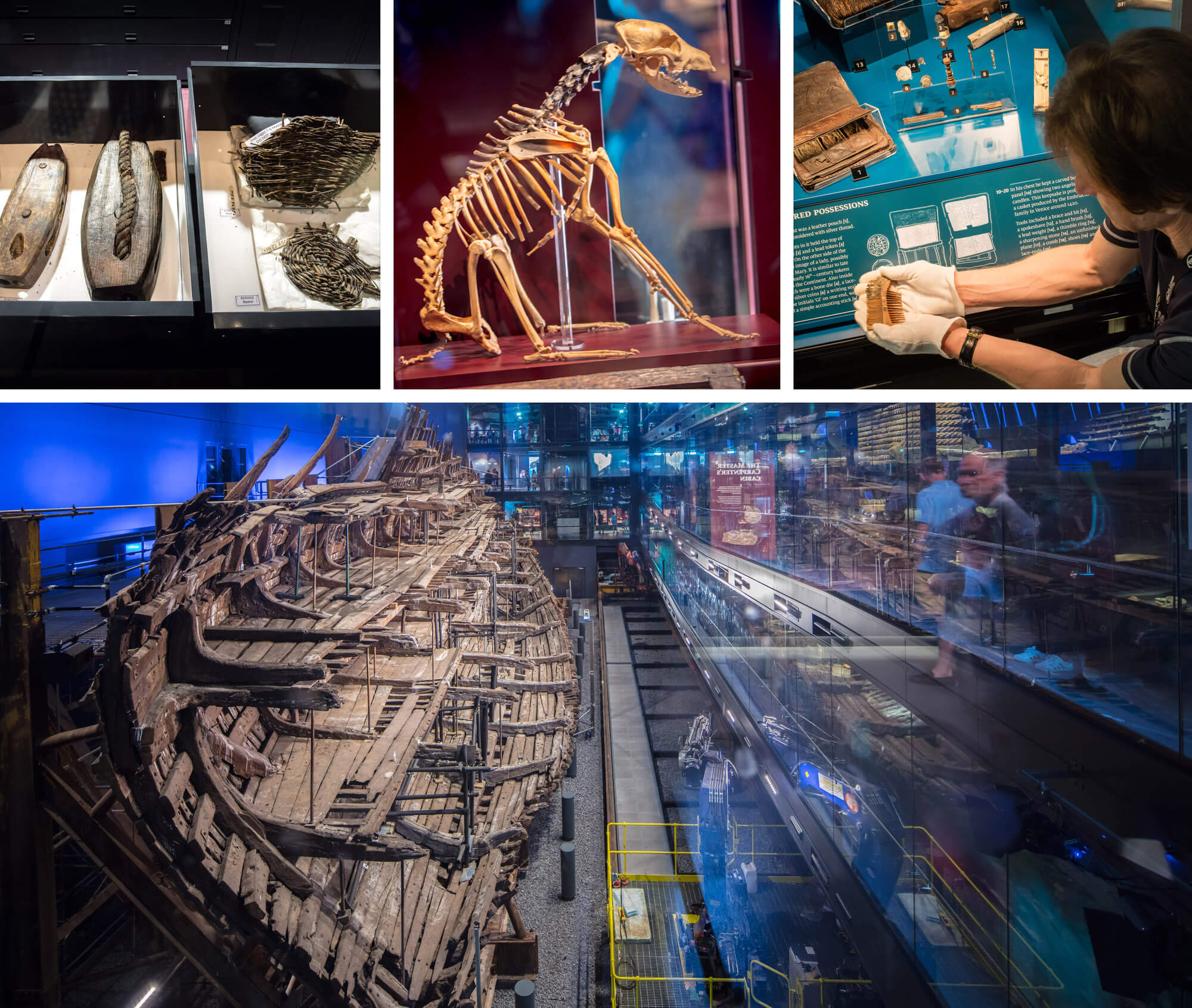 It was a real pleasure to meet one of the original divers who brought the Mary Rose to the surface all those years ago, Chris Dobbs (seen below in the orange overalls) had just graduated from college when he started working with the ship. We also see David Pearson, the conservation manager, checking on the artefacts which his team restore, some of which are then used for general display. 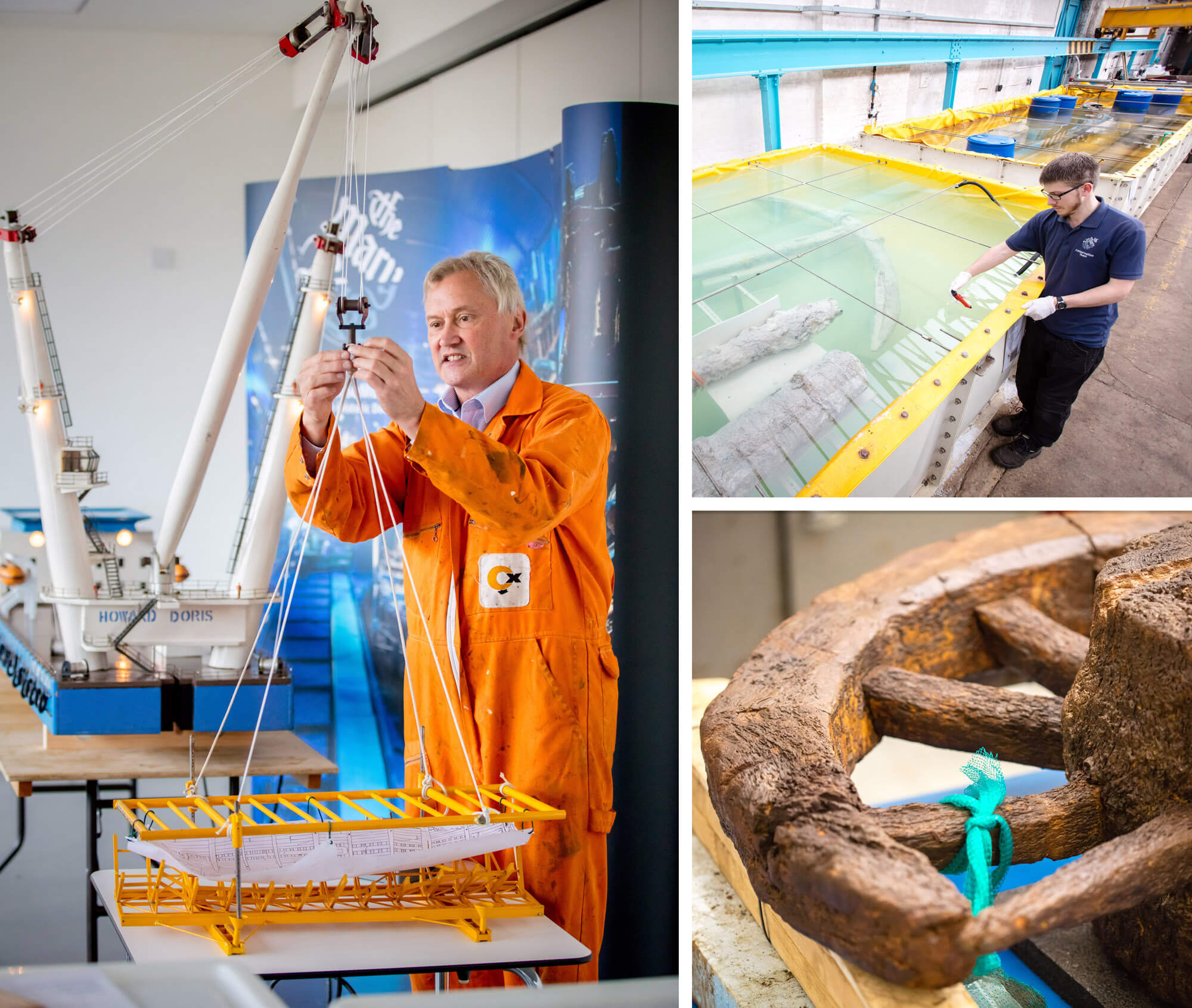 It was exciting to see up close a cannonball from the ship, these were worked on whilst at sea and made smooth ready for battle. The stones shown below would have been from the kitchen’s stove area. 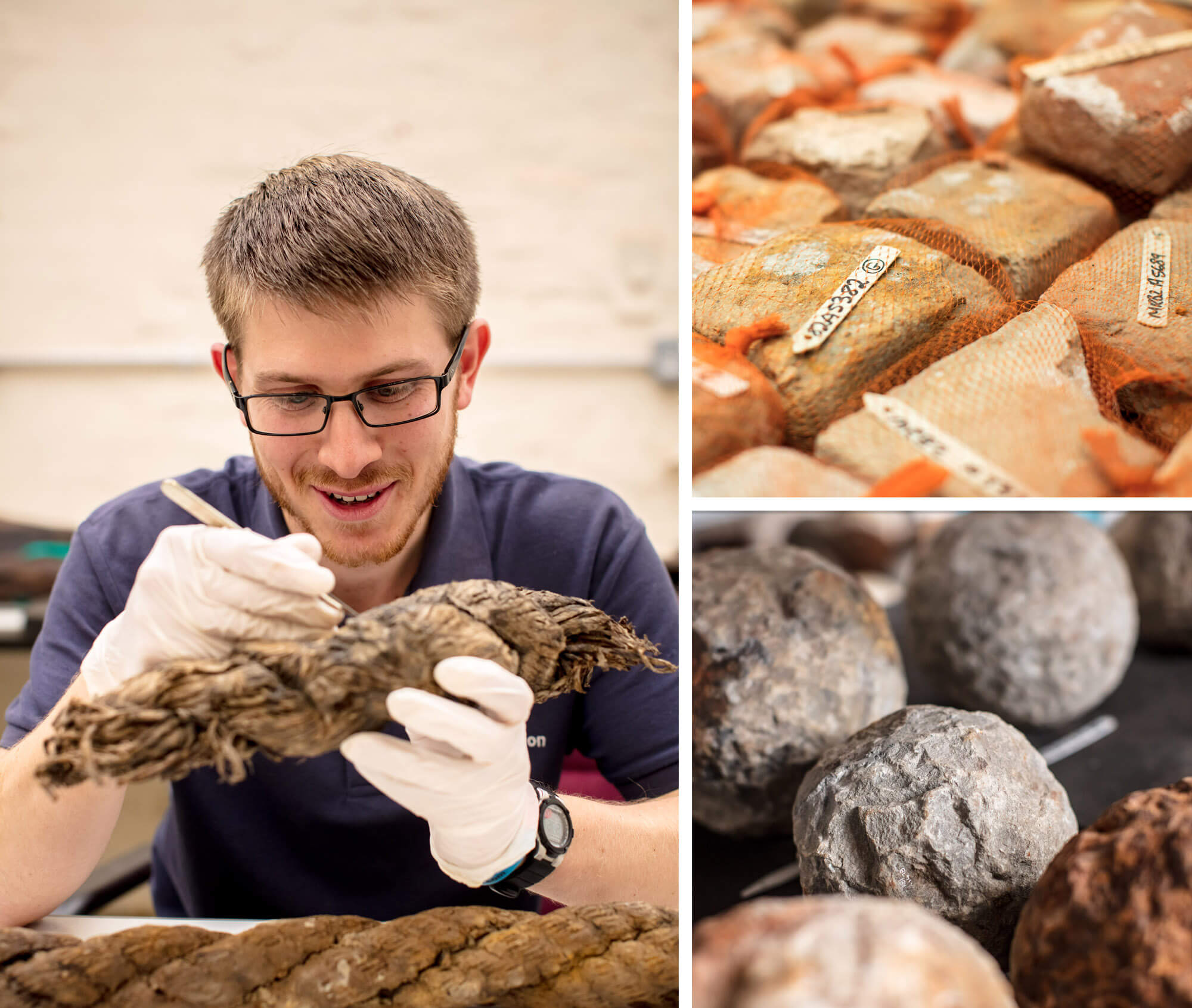 Collections Officer Simon Ware showed us the private collections which are too delicate for public display. Below we see longbows and arrows which were beautifully preserved as they were stored in chests on the ship. Mary and Charlie from the education department showed me the replica items which are used to allow people to get closer feel for what life might have been like. 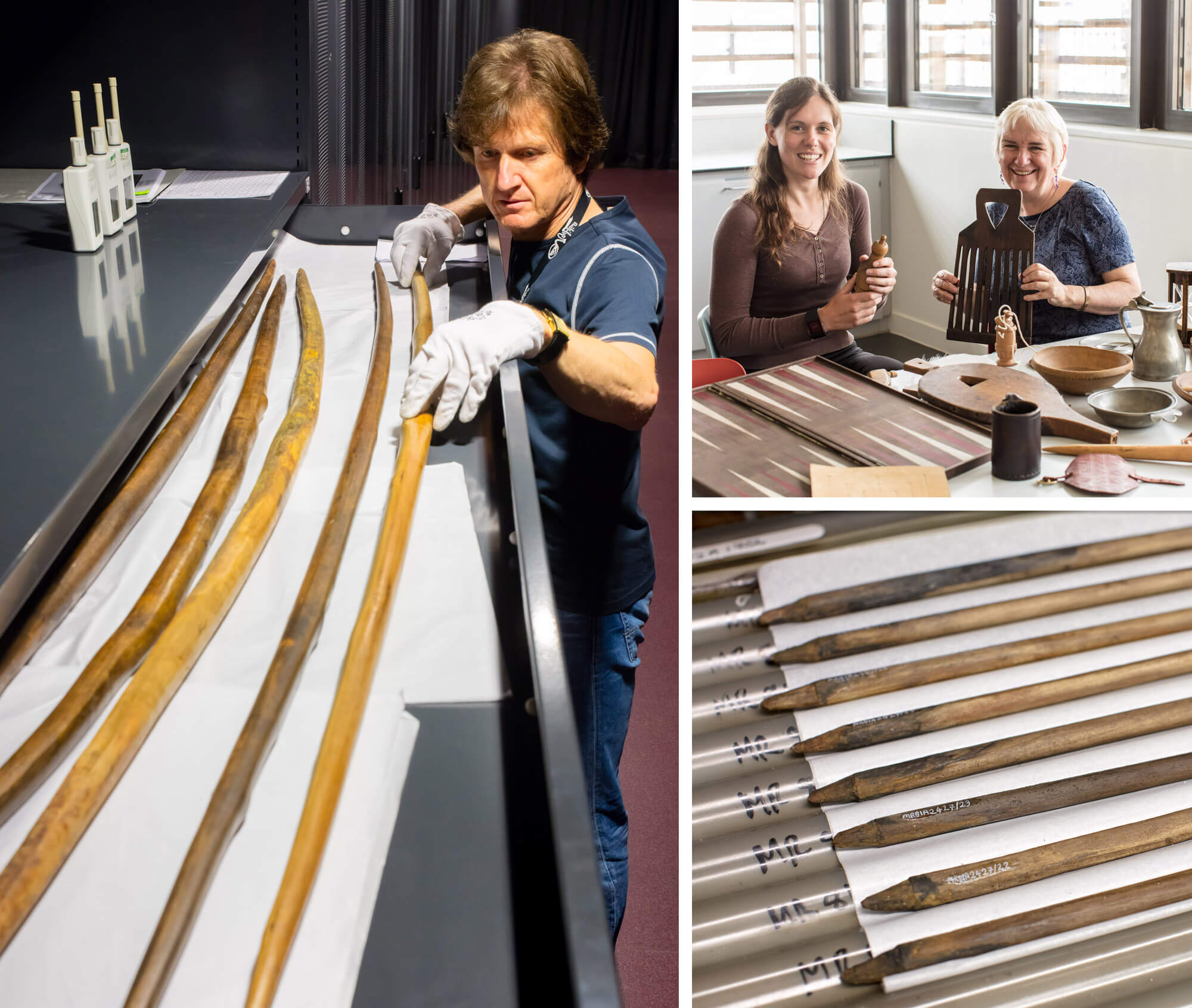 Visitors to the museum may not realise what goes on behind the scenes, too. The museum needs to be kept at a constant temperature with the correct amount of moisture. Brian Robinson checks on these levels. Also below we see the gigantic task of cleaning slides and transferring to digital to be saved for future generations. 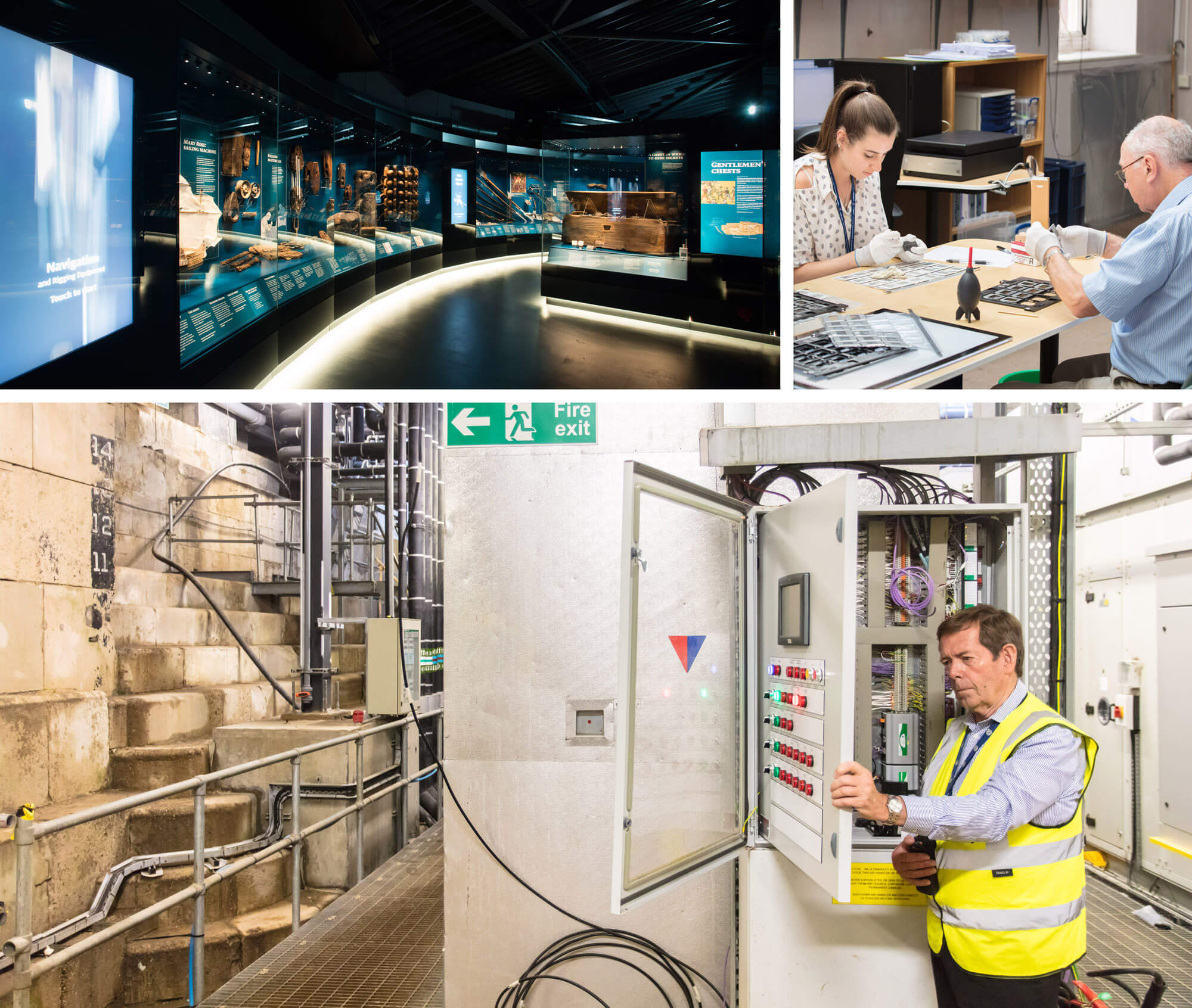 A wonderful day looking around a genuine wonder – I highly recommend visiting. Thanks to the Mary Rose for giving us such amazing access to all areas, and thanks also to Candis for sending me!

Candis is a monthly women’s magazine, for more information do visit their website. 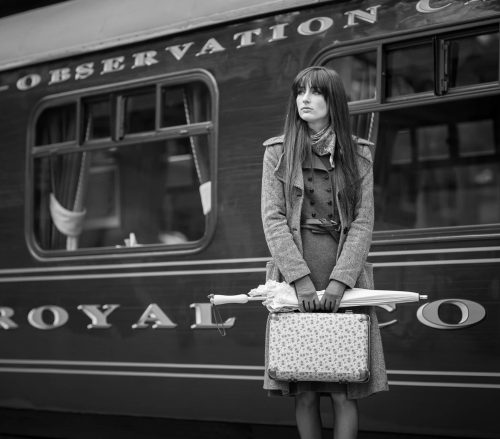 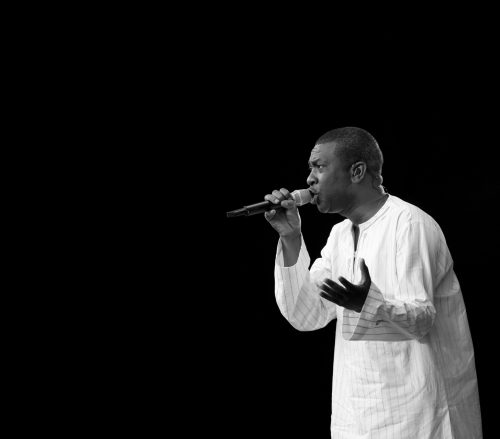 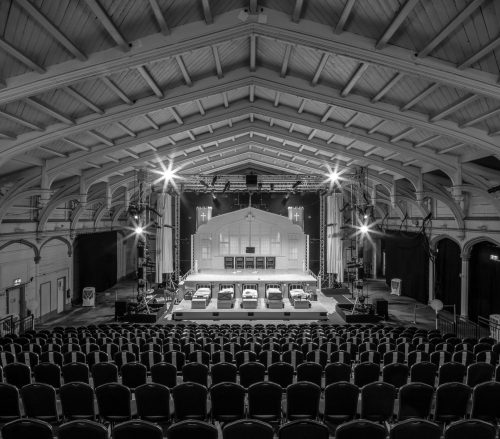 read on
share
0
Trill Farm - a behind the scenes photo story for Candis Magazineprevious post
BIRD/BATH Photography Exhibition - April 20th 7.30pm - then 21st and 22nd 10-4pmnext post
Back to Top